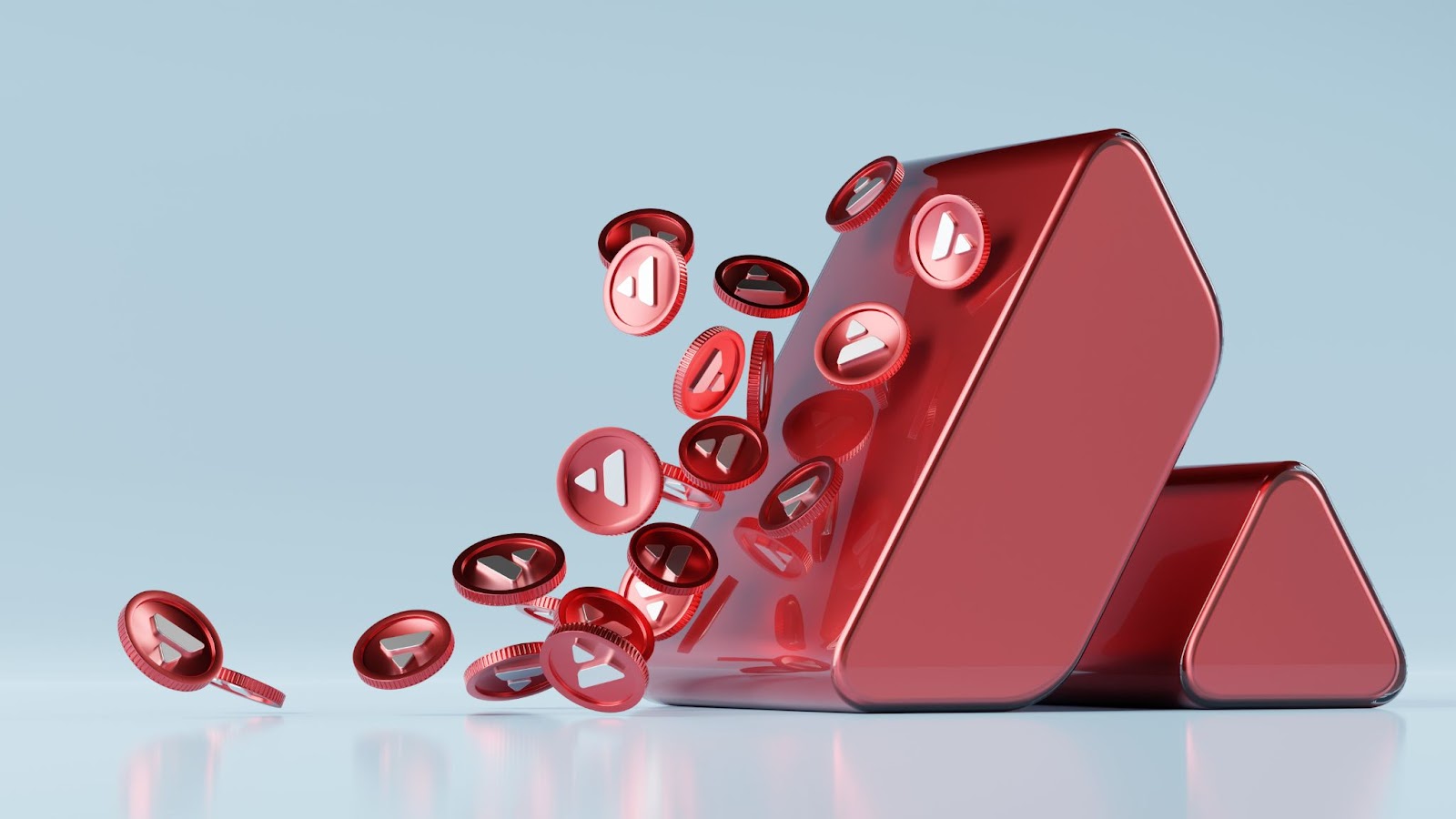 Avalanche, launched by AVA labs in 2020, aims to be a secure, fast, and scalable blockchain. Having an estimated TPS (Transaction per second ) of 6500.

It is smart-contract compatible. Users can launch their own Decentralized applications (Dapps) in a secure and scalable environment. Avalanche’s blockchain is open source meaning its code is publicly viewable and accessible.

How does Avalanche (AVAX) work?

Blockchains need a method to achieve consensus. Avalanche uses a unique consensus mechanism that builds on the proof-of-stake system. It requires small, random subnets of network participants to validate transactions before transactions are finalized.

AVAX holders are required to stake AVAX in order to validate AVAX transactions. Holders with a higher amount of staked tokens and who actively participate in the network, have a higher chance of being selected as validators for new Avalanche blocks. Participants in the Avalanche network receive incentives and these can increase depending on the amount of time a node has staked its tokens. this is called proof of uptime.

Avalanche users can deploy their own chains that can operate using their own set of rules. These chains reach consensus by subnetworks which are groups of nodes that participate in validating a selected set of blockchains. All subnet validators are also required to validate the primary network of Avalanche.

Built-in blockchains
In order to solve the issue of security, scalability, and decentralization, Avalanche uses 3 blockchains;

1. The exchange chain – X chain; Is the default blockchain where assets are created and exchanged.
AVAX is included in this chain and this chain uses DAG (direct acyclic graph) technology.

2. The contract chain; This allows for the creation and deployment of smart contracts. Being based on EVM, smart contracts on Avalanche take advantage of cross-chain interoperability.

3. The platform chain – P chain; This organizes validators and manages subnets. A User can become a validator on the p chain.

AVAX is Avalanche’s native token that powers its Ecosystem. it secures the network, pays for fees, and is also the governance token of Avalanche
Transaction fees are also collected in AVAX. staking AVAX  has an APY of 11.57 % with the minimum staking of 2,000 AVAX.

Avalanche aims to solve the Blockchain Trilemma, using three separate blockchain systems to do this.
Avalanche also has lower gas fees when compared to other scaling networks such as Ethereum. Fees on Avalanche are very low. These fees are used for minting and creating assets. Transaction fees are burned, taking more Avalanche out of circulation.

Avalanche’s blockchain is fully interoperable by allowing various blockchains to trade and share data With each other effectively.
Avalanche also solves the issues of scalability, carrying out fast transactions (6500 TPS), without sacrificing security. Avalanche also built a system that is easy to use, developers can easily deploy decentralized apps (Dapps) on the avalanche blockchain.

Avalanche has worked to develop its own ecosystem within the decentralized finance space. Different Ethereum-based projects have integrated with Avalanche. The team and developers are constantly working to improve its scalability and interoperability. Even with Avalanche having all these features, it still has a lot of competition from other projects aiming to solve the same issue of scalability, security, and decentralization. Will Avalanche outperform its competitors in the long run?